There was an error retrieving images from Instagram. An attempt will be remade in a few minutes.

So the year is officially over and for some people, it’s been the worse year of their lives and for others, it’s been one of the best!

Like every year, its been a rollercoaster of a ride, but if the last hundred years have been anything to go by, we shouldn’t be that surprised.

2016 saw Britain leave the EU and Donald Trump being elected as President of the United States. I guess The Simpsons were right again!

We have lost countless innocent people to terrorist attacks all over the world, with even more being lost to war! You’d think we would have learned by now that fighting fire with fire only indulges the inferno!

We also lost a number of childhood heroes and role-models to 2016. Alan Rickman, Carrie Fisher and David Bowie are just a fraction of the people who left us this year! But instead of festering over what we lost, we have to celebrate what they gave us!

I’m sure you may have lost someone this year aswell, but you have to celebrate the life they lived, which is what a tribute is really about!

So now lets look back at all the awesome things that 2016 held, and remember it for all the good things that it gave us!

To add even more, the animals are hitting back too!

All of this just proves that we’re capable of looking out for each other and the world around us. It’s not the answer to all our problems, but its a start!

So, aswell as our breakthroughs in science and the natural world, there were a number of other great things to happen in the life of 2016!

First, just some of the movies that made 2016 a kick-ass year for cinema goers!

On the small screen, the man, David Attenborough, returned with Planet Earth 2! He showed us Tom Daly in sloth form and the Mo Farah of iguanas! What more could you want out of a tv show?

In the gaming industry, we had Far Cry, Doom, Uncharted, Dark Souls and Fallout all make an appearance. We were even able to become Pokémon trainers!! Also, the much anticipated ‘The Last Guardian’ was released after ten years of development!

Trico is adorable though, right? 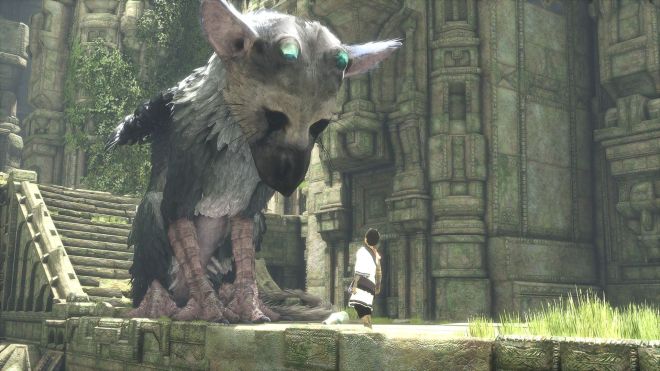 Aswell as a ton of other stuff that made 2016 pretty awesome!

All this may seem trivial, but for part of it, these things made someone somewhere feel happy! Even if it was just watching Deadpool give an etiquette lesson.

For me, 2016 has been a mix of emotions. Theres a few things I”ll leave unwritten, but theres stuff that needs to be. The stuff that made it great!

My best achievement was finally finishing my dissertation and graduating with my best friends!

I had to say goodbye to a little fluffball called Pepper, but also gained a couple in the form of Rami and Mouse! I wouldn’t change the sassy Syrian for anyone, and the little Mouse can continue to scream and hiss at me – for no real reason – all he likes. 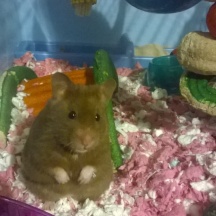 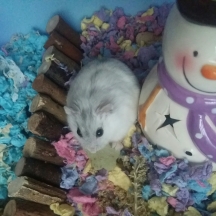 I got to help a load of greyhounds and lurchers get the best start in their search for a forever home! An experience I’ll never forget!

However, I think the best thing about this year is that I came out of it alive, and so did you!

You can just brush this year off, try and forget it and hope 2017 will be better, but really, it won’t. Bad things are always gonna happen and the news is always gonna show it! You just have to look around for those little peices of happiness!

Which brings me on to my next point! I see them around social media every year, but this year I’m going to make it happen!

Whenever something makes you happy, you right it down and put in a jar. Then, on the last day of the year, you open your jar and look back at all the things that made the year great! It’ll remind you that amongst the carnage and the devastation that will likely grace us with it’s presence, there were moments of happiness in amongst the mess!

Here’s to the next year, hopefully full of more unforgettable memories, achievements and more blog posts!