Another day, another week, another month, and now, another year.

I probably say this every year, but wow, that went fast, didn’t it!

And this last month, well, it wasn’t nearly as productive as I hoped it would be (but I think considering my progress this last year, it sort of makes up for it).

My goals for December went to pot mostly. And, as much as I don’t really want to look back at them, let’s do it for consistencies sake, shall we?

So, I hardly wrote anything to do with Tales of Monsters! I have rewritten some of the chapters, and I’ve decided that I’m now gonna swap around the first two chapters, and I might even have my first line all sorted. But, it’s nowhere near where I hoped it would be! And other than taking mental notes on what I would ask beta readers in the survey, nothing much has been done about that either!

Blogmas though, blogmas (and promptmas) went well! I managed to keep up with the twelve days, and I had fun! There were some post ideas I never got around to doing, and the last two days or so turned in to more Christmassy ramblings than anything, but, at least, there was still a post!

Blogmas even encouraged some new short stories from my WIP’s, both Tales and Nano’s Diaries! Ryan met Rudolph in Pembrey forest, Url wanted to runaway to bard school, and Rhys told Al and Josie a zombiefied Christmas story!

However, reading this last month has been hard! I started Half a King on the train to Manchester, and read a bit of it on the train home as well, but other than reading a chapter or two after it, it’s stayed untouched. I haven’t read hardly anything, except for a little bit of a beta document I’m reading! And, towards the end of the month, I started reading Seeker of Time by J.M.Butler (As of writing this, I’ve only read the first couple chapters, here’s hoping by the time you get this post, I’m half-way through or finished).

I also said I’d take part in some insta challenges, which happened for like three days and then just didn’t. I did take part in my own promptmas challenge though, which made for a lot of fun during the Christmas period! You can see all the prompts at the bottom of this post!

Buy all the presents before the 24th. That just didn’t happen, at all, and try not eat all the food was a farce too.

This month, other than going to Manchester at the beginning of it, and going to the Christmas markets there, which were absolutely packed by the way (and at one point, having my friends little cousin throw up in his KFC fry box), and eating loads of chocolates, my month was mostly filled with work, sleeping and attempting to wrap presents! 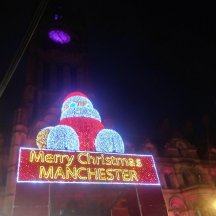 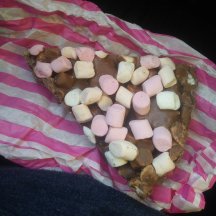 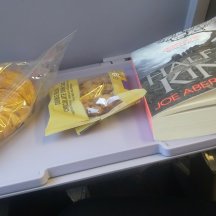 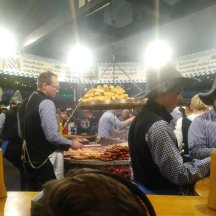 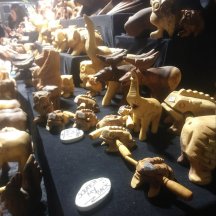 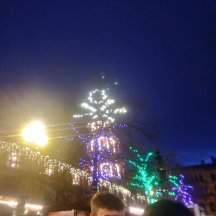 So, in retrospect of how well it did not go last month, here are some new years goals! Or January goals at least!

2. Get TOM beta reader ready and a survey done up!

3. Keep a bullet journal! I have one of those square dotted notebooks coming in the post!

4. Beta read! I have two I need to get through! One a sci-fi, and the other a steam punk fantasy type novel!

5. Reading! I need to read more! I have three books this month that I’m excited to read, and I should, really, finish Half A King too! I also joined a book club! So, that’ll be fun!

I think, for this month, I’ll stick with six! Last months was a big push, and I think five is a good number! But, as the days have gone on, more have popped up, but you can check it all out on instagram!

Anyway, my Christmas was quiet, the new years celebrations are set to be a blast, and I hope this year brings you whatever you want most!

This post probably should have been more of a reflection and look-back on 2017 (as its the first day of 2018 and all that) but, other than a few memories I’ll be taking from it, 2017 can stay in the past!