This weekend, I took part in my first readathon! It’s called the 24in48 readathon, and challenges its readers to read for 24 hours over two days (27th – 28th)!

I also had my bujo help me along on the ride! This was the spread I created to help me keep track (not too fancy or anything, but I liked it)!

I had every intention of reading for said 24 hours, but managed 14 and 1/2 instead, but, I did manage to finish some books!

My TBR for the challenge included:

But, what I read was slightly different:

I started off by finishing AST: Birthing a hero! This MG novel follows young Josh Creed as he adventures over to abother dimension to save the sacred tree and the land of the ice plants! It’s a fun little adventure which looks in to the mind of kids who are dealing with mental illness, divorce, school and life in general!

Secondly, I found myself heading to this roman romance arc by Nicola Rose – Breaking the Gladiator.

It was stunning, and hot, and breath-taking! There’s not many books that make me flush red, but this one did! I would happily give it five stars, for content, style and overall, everything. This little novella was amazing! It isn’t out yet, but it gets released on the 20th February, so make sure you keep your eyes wide-open for it! 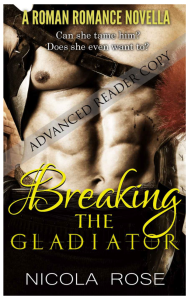 Thirdly, I attempted to read Death and the Lit Chick by GM Mallert

I only had to get to page 19 – in which they had told me all about the melodrmatic front that is literary agents and publishing – when I put it down! I thought that perhaps I would go back to it one day, but the more I look at it, the more I think I’ll just pop it back in to the free library at work and act like I never had it!

Over on Mary Conways blog, she’s been doing a week long blog series of teen author interviews, and Joy Chappel was featured on Saturday 27th! You can check the blog post out here!

For just that weekend, her self-published book, Farryn, was on offer for 99p on kindle and I just thought, why not!

I’ll be honest, it’s not one of my favourite reads of the year, and I feel like there could have been so much more, but I did enjoy it none the less! The characters made me laugh, and it was one of those sit and read till your finished kind of reads, you know!!

Fifthly, I picked up Looking for Alaska off my bookcase, and damn it, it made me cry and it broke my heart in to pieces – and then sort of patched it up, but not really! I read The Fault In Our Stars late last year, and, if somebody dies in all of his books, I don’t think I want to read any more of them…

Papertowns is still on my shelf though!

The last book that I started, but didn’t finish was Crooked Kingdom! (I sort of started it in between Farryn and Looking For Alaska)

I’ve been waiting to read it forever, and finish off the adventure that is the Six of Crows Duology! 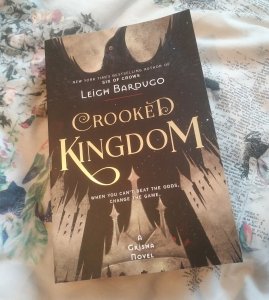 In between, I also created something brought to us by the heavens!

It tasted delicious! And definitely encouraged me to read a bit more! (But obviously not Death & the Lit Chick)

In the end though, despite not reaching the twenty-four hour mark, I had a lot of fun, read some great books and next time, I’ll do even better!

Did anyone else take part? How did you fare?